The blood of the red rooster

Home Theatre Plays The blood of the red rooster

Milos Latinovic was born in 1963 in Kikinda. He graduated from the Faculty of Political Science in Belgrade.

He is the author of 20 books – novels, stories, dramas, essays. He has written ten plays, two of which are “Payador or Crnjanski” and “Pannonian Carousel” performed at the National Theatre in Kikinda. For the novel “One Hundred Days of Rain”, he received the Vital Award, for the book “The Executioner in Paradise” the Book of the Year Award of the Vojvodina Writers Association.

The drama “Blood of the Red Rooster” will be performed in Serbia for the first time.

A WORD FROM THE AUTHOR

Seeking for miraculous medication in reading for the “fjaka” (special state of mind) and depression of a now-long gone autumn in the beginning of the century that I was spending in Kikinda, where those Kish Nights full of the „crying moon“ are clearly showing, I reached out to the literature of my favorite Hispanic authors, all with the task of finding dramatic potential in them. So I combined two stories by Toledo Monteforte and B. Caceres into the “Soldiers’s wife“piece, then marked the “First Testament” section in Carlos Fuentes’s epic novel, “Terra nostra”, which soon became a duodrama, and then I found Gabriel Garcia Marquez’s story “The Woman Who coming at six.“ The story was written in such a way that, with a few interventions, it could come on stage immediately, but it lacked the concrete effect of a father who is constantly present in the conversations of the attractive Laura and pragmatic politician Onesim, so I found Father Manuel Farin and the rooster bird without a name in the novel “No one writes to the Colonel. ” All the characters were there now, but they lacked onyrian forces and political concretization. It made me wander to Carlos Fuentes and Juan Rulfo. Thus, from the original triangle, in the version titled “The Woman Who Came at 6 o’clock,” the piece “Blood of the Red Rooster” was created.

As I compiled this dramatic story, from pieces written with the ingenuity of my favorite writers, I constantly had a picture of life in a remote town, located in the small country where I was born and raised. The story is so recognizable and emotionally local, that I simply could not escape the impression that the city, instead of Rosal del Vire, could have any of our names, that the stories of constant choices, perfidious deceptions, lost hopes and the crash of my characters’ expectations were identical to those of that I have, as well as my friends, and the people I know.

I was then, and these days, as I watch the characters of the theater play “Blood of the Red Rooster” come to life on the stage of the National Theater in Nis, even more convinced that the story I created belongs equally, or even more to Banat, Serbia, the Balkans, Europe, this age of ours without romance and illusion in the rough relationships we create, than it does to the space in Latin America, that romantic-crazy time and incredible human relationships.  Perhaps this hold the biggest secret of an ordinary life, it does not differ (regardless of the meridians where it is spent), it is tedious and troublesome, and worst of all, it very rarely depends on ourselves …

She won the first Radio 2 Belgrade award at the Neda Depolo contest for radio drama.

A word from the Director

The piece “Blood of the Red Rooster” is inspired by Marquez’s works; it is characterized by magical realism in the domain of narrative style, which is very inspiring for the stage setting, the visual character of the play and the interpretation of the characters. On the other hand, the thematic framework is determined by the psychological thriller genre, where we follow the narrative of the protagonist Laura, her coming to terms with a dark past, and the problem of being torn between love and duty, which raises the question of what is right and what is justice in an individual’s life in turbulent political times.

The stylized stage movement creates an intimate world of the main character. Threw her eyes, the viewer experiences the problem of the struggle to, in a corrupt environment, where everyone conceals the sin of the past that led him to profit or allowed mere survival, in such a world, persevere in the fight for personal integrity.

In the chamber, intimate atmosphere, cramped space and double flow of time dictated by the fragmentary dramaturgy of the textual template, we wanted to tell the story about the little people, antiheroes, characters we meet every day on the street, who, in dangerous political circumstances, fight for lofty goals. 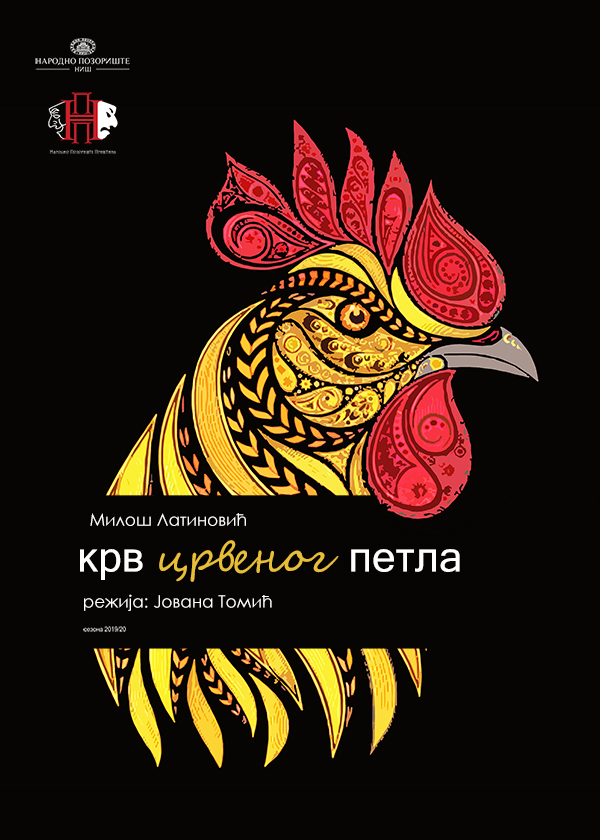