THEATRE AT THE CROSSROADS

About Festival and Selection

Festival Theatre at the Crossroads is a theatrical aesthetic and ideological intention to recognize social areas that are being questioned or which are at least considered important to be resolved in terms of their essense and meaning, and the way in which they should be regulated.

Such a starting point requires the definition of the models of festival reality that one starts from and enters, strives for and runs away from, after all.  In other words, it requires reflection, questioning, and asking about the way in which the festival reality imposes itself, intertwines and falters, semiotically speaking, with any other model of reality (political, economic, legal, customary itd.).

Regardless of the context in which the term „festival reality“ is being considered, it should be accepted not only as a formal or content-based benchmark, but also as a request for a different thinking and creating theatre. It is always a clear indication of the need of the participants in these processes to reconsider the rules of their own discipline. In competitive, but also aesthetic, and even broadly understood sociological sense, „reconsideration“ is a problem commonplace, with value-related connotation, and position in relation to something, someone, before, now and/or after. The postmodern/istic call to dialogue, instead of  dialectics of modern art and modernism, however tries to include different models of reality and different theatre practices within them. In this way, one advocates for the abandonment of dominant interpretative paradigm as unsustainable. Whether we decide to take advantage of this approach or to recognize another, it is necessary to mark the field and recognize points of action, which would make the festival become a theatre and social event. Theatre festival, hence, is an event if it aims not only to simply present the state and achievements of the local scene, but also to concretely influence theatre reality and the one outside of it in the given historical time and space using its own and the experiences of others (theatre experience and the one outside of it). The theatre festival is always a public event, and it has the responsibility of a public event.

Guided by the idea that Theatre at the Crossroads is the affirmation of similarities and differences of cultural identities of countries and peoples sharing the same space, a place of crossroads of European and other world roads, we were given the opportunity make the repertoire of eight competitive productions out of 47 productions the applicants from Slovenia, Croatia, Bosnia and Herzegovina, Serbia, Macedonia, Montenegro, Bulgaria, Albania, Romania and Greece. All of them, no matter how different in its stage perfromances, are similar in how exciting they are. That excitement is reflected in scenic narratives, lavish signs and attractive topics, which easily pass trhough essentially very porous borders of the mentioned countries and peoples.

The production If Only Sombor Were Hollywood directed by Kokan Mladenović and produced by the National Theatre in Sombor, which opens the Theatre at the Crossroads, takes Radoslav Dorić’s play, with the same name, about the life and work of Ernest Bošnjak, one of the first cineastes of the Balkan as a stage template. Playing with Bošnjak’s desire to create a dream factory and a feature film in Sombor at the beginning of 20th century, Kokan Mladenović abandons speech theatre and turns the theatre setting into the silent movie narration. This inversion is both a tribute to all those visionaries who stir up their environments and a criticism of giving up the values that they carry within themselves. The play ends at the dawn of the Great War, with the consequences with which the last contestant production starts with–Twilight of the Gods of the National Theatre in Maribor, inspired by a Visconti’s movie with the same title, dramatized by Ivor Martinić and directed by Dalibor Matanić. The story of German aristocracy who speaks of the Nazis with contempt, but neverthless joins them for their own convenience, Matanić skillfully edits into the theatre and film spectacle: theatre here and now is super-symbolized by movie framing of large-scale plans of characters where each of their emotions reaches the utmost boundaries of obviousness. The story of gradual capitulation of citizens to the totalitarian vision of the world is given here not as a vivisection of the Nazi ideology, but as a criticism of doing nothing by its opponents: a single Nazi in the entire play carries a camera, before which the evil of the chosen family is laid bare and turned into media justification of the uncontrolled autocracy of the authoritarian ideology.

Are we living at the dawn of a new totalitarianism and the production of enemies on a daily basis and on all grounds (political, economic, religious, gender and linguistic…) are the dominant themes of the other six contestant productions. We are Born Naked and the Rest is…directed by Florian Fischer, a co-production of MESS Scene and Sarajevo War Theatre (SARTR), inspired by the “Anarchy in Bavaria” by R.W. Fassbinder, asks questions “what is beyond the family, what is in its core, and what after the family, what is in its subconscious, what secrets it hides and how it participates on various levels of human experience”. Fragmentary unmasking and shaping of the right to birth, freedom of expression and the way of life is a prism through which social relationships and opportunities for its manipulations refract.  These themes also include the core of conflict of the production Capital directed by Andraš Urban and produced by Zetski dom (Home of Zeta) Cetinje.

Vedrana Božinović, a dramaturge, uses Marx’s capital work as a distant echo of a contemporary moment, and Andraš Urban, with the help of a young acting ensemble and music by Irena Popović Dragović, creates a play that produces noise of social action. Philoctetes by Croatian National Theatre in Varaždin, inspired by Sophocles’ drama, adapted by Ivan Penavić and directed by Ozren Prohić, also puts in the foreground a young man (Neoptolemus) torn between the morale and pragmatism. Neoptolemus’s tragic guilt lies in the fact that he has been offered answers devised by others and which he accepts without any clear moral reasoning. Tatjana Mandić Rigonat, taking one of the most significant contemporary Serbian plays Balkan Spy by Dušan Kovačević, produced by the National Theatre in Belgrade, modernizes the fact the production of enemies on daily basis has become a determinant of the mentality in this region. Seeking to recognize a new enemy of today, as an opponent of non/idealized past, The Balkan Spy clearly emphasizes that social paranoia is nothing more than the state of consciousness and character of an individual, multiplied by the speed of information flow. By changing the place of audience (theatre) and stage, The Cherry Orchard by A.P. Chekhov, directed by Vasil Senin and performed by the ensemble of Ivan Radev Theatre in Plenevo, a repertoire story about the role of theatre in a society without empathy is completed, gaining full recognition in penultimate contestant production Festen of Drama Theatre in Skopje, inspired by the film by David Eldridge with the same title, adapted by Saška Boškovska, directed by Zoja Buzalkovska, where the issue of parent’s responsibility, the issue of Laius complex and parents’ desire to kill their children as a consequence of fear that children will see that they are average, recognizes the source and outcome of the time we are addressing and which carries a reconsideration of personal responsibility. 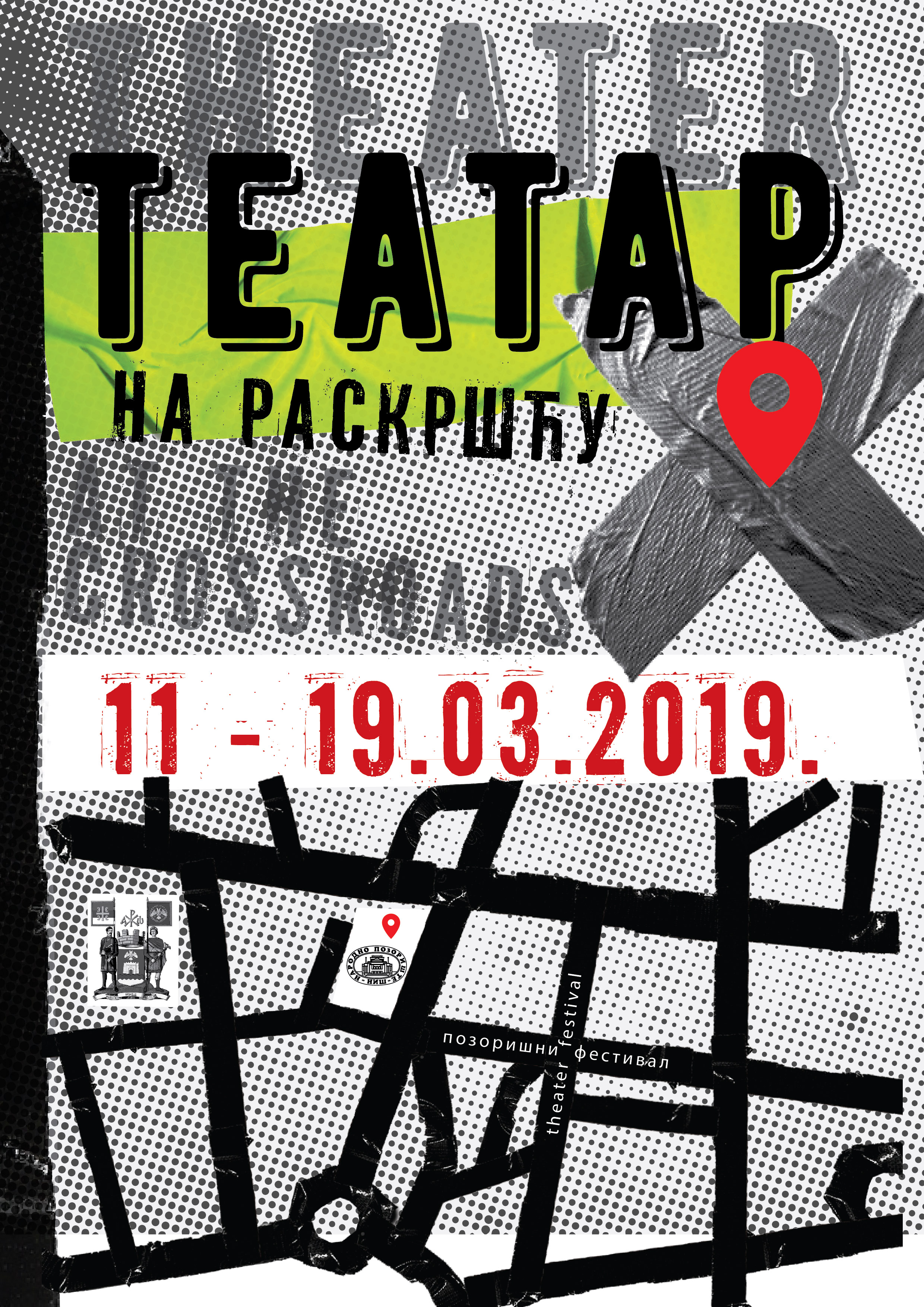