The Curse of Excess History – Dragana Boskovic, critique of the show “Divisions”, Novosti

The Curse of Excess History – Dragana Boskovic, critique of the show “Divisions”, Novosti 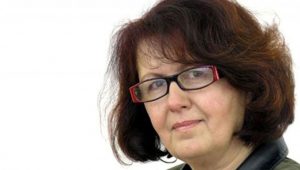 Novi Sad’s Serbian National Theater, as well as the National Theater in Nis and Pristina, together presented the premiere of the extensive historical-psychological novel “Divisions”, by Dobrica Cosic (Nin Award for 1961).

The dramatization was composed by Spasoje Z. Milovanovic, and it was adapted by Bozidar Knezevic (dramaturge of the play) and director Jug Radivojevic. Dozens of characters and a branched plot were reduced to eleven actors and a naked conflict between chetniks and partisans, and the real idea of ​​the novel (the struggle of revolution and crime) was set aside…. Psychology is subordinated to events that have their roots in Uroš Babović’s (striking Nebojsa Savic) and Adam Katic’s (silent Milan Kovacevic) previous lives, village bosses, once best friends, forced to choose a side in the Second World War.

Sacrificed in advance, there are Milos (Milos Cvetković), Uros’ son, and Dusan (Grigorije Jakisic), Adam’s son, one with a blessing, and the other with a parental curse. They are all victims, in fact, of the new age, which we inevitably look at from today’s perspective, which has buried and forgotten about them. In the dramatization, it is well noticed that it is a collective hero, as in social realism, and the director conceived the whole play around it. Lighting their own and other people’s faces with flashlights, the characters appear from the darkness of the auditorium (history?), to follow the main showdown on the stage, stripped to benches and a modern jeep, and the residents of Ravna Gora are trained as intervention units of an army from this era, while the other side wears stylized uniforms (costume by Tatjana Radisic) …

The personal and family tragedy of Uros Babovic, who will sacrifice his son to the Ravna Gora movement, is insufficient for the ancient tragedy, as one would like in the play, because the religious, ritual was irrevocably thrown out of the plot, when it became a spectacle, a naked political theater. Experiencing catharsis, purification, is completely impossible in a dehumanized game, without Aristotle’s desire for “all people to be better”. Rather, it would be said that the stripped, attractive staging belongs to Sartre’s political theater, which is classified as an existentialist prose, a bloody political thriller.

The national myth has been deconstructed by the aggressive influence of modern theatrical practices, to the detriment of the revolutionary view of the traditional, Orthodox, world cursed by divisions, of the most important Serbian writer, Dobrica Cosic.