An Interview with Marko Jovičić

The theatrical text and the plot are witty, but only at the first glance; what lies behind is a critique of this tragic world of ours, the need for radical change. It may sound a bit anarchistic, that is my position … I think we have reached the end of the world as we know it.

A conversation with a young director and actor Marko Jovičić Dimi, who is directing the play “La Guerilla” by Aleksandar Djaja at the National Theater in Niš. Marko graduated from the Faculty of Dramatic Arts in Belgrade and has so far directed an enviable number of plays for both older and younger audiences. In addition to theater directing, he also been known as a television director, and he had the opportunity to appear in several roles in various TV productions. 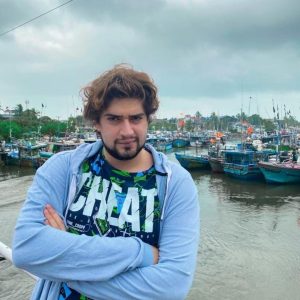 You are a director by profession, but you also do acting. Which of these two is more challenging and why?

These are not truly comparable matters; it is far more demanding and responsible to be a director. Acting bears its gravity, obviously, entering the character is not easy, nor is learning the text, movements, mastering the stage, conveying the message … however, the director should design all of the afore mentioned for each role separately, to unite the work of a large number of associates from other fields who are not even visible. .. set design, music, lighting … Of course, the director does not perform these jobs; nevertheless, in his mind the play, film, shot get created, and then it’s up to him to get the most out of each of the participants in creating the performance. Being a director is definitely more challenging.

You have got the experience both as a theater and as a television director. What are the similarities and what the differences in these approaches and which one do you prefer?

I do have the experience, but I am still young, I have got a lot more to learn. It is more complicated to be a theater director, the play is a living thing; the television set offers a second chance which the theater set does not. The TV viewer has a remote control, so he simply changes the program; the theater directors are therefore harder to be removed and replaced. 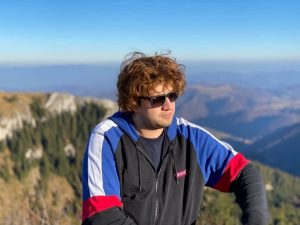 At the National Theater in Niš, you have started working on the play “La Guerilla”. What kind of piece is this and what would be the main message you wish to convey to the audience?

The piece is easy at a first glance, smooth; the text and the plot are witty, but only initially; what lies behind is a critique of this tragic world of ours, the need for radical change. It may sound a bit anarchistic, that is my position … I think we have reached the end of the world as we know it. Pay attention to the music, and it conveys a lot, it has not been chosen at random.

What are your first impressions of the Niš ensemble?

I like the professional approach and the wish to succeed in achieving the goal. I am a young person and I like the fact that I have the ensemble’s support which I am grateful for.

You have also directed some plays for children, such as “The Jungle Book”, “Four Piglets” … How different is the work on a children play compared to those for the older audience?

To the surprise of many, it is more complicated to do plays for children. It is an audience you cannot fool. You have to keep their attention or they will just start crying, getting up, shouting, which the adult audience does not behave like out of decency, although sometimes they would just do it, right? 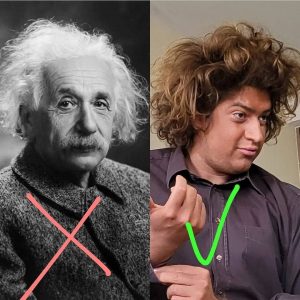 Who is your favorite director and whose work do you admire the most?

I come from a children theater or a theater for children – The Puž (snail) Theater, which is cult one in Belgrade. Owing to the NATO Alliance, I fell in love with the theater. I stayed there for three months back in 1999. At the time, there was the director Slobodanka Caca Aleksić, so I learned from her almost everything about theater that was to be learned before studying at the Faculty of Drama Arts in Belgrade.

Is there any piece you would like to direct in particular?

I would like to direct musicals. I am currently working on the musical “A Strange Forest” on the stage of the Terazije Theater; we will get to see what it will look like at the premiere performance in the autumn.