National Theater in Nis organizes a permanent festival of international drama and theater, of a competitive character, called “Theater at the Crossroads”.

Theaters from Serbia, Turkey, Greece, Northern Macedonia, Bulgaria, Romania, Hungary, Albania, Montenegro, Italy, Bosnia and Herzegovina, Croatia and Slovenia are invited to participate in the Festival, based on selection.

The festival is organized by the National Theater in Nis, with the consent of the Founder.

The Festival shall be conducted in accordance with the provisions of these Rules and Regulations.

These Rules and Regulations regulate elements concerning the organization, programs and competition categories of the Festival.

The work of the jury is regulated by a special rule book.

The festival was established as a selection of the international drama of the theater of the countries of the Balkan cultural space referred to in Article 1, paragraph 2 of the Rules – a manifestation of the festival type, which includes in addition to the competition part and the accompanying program.

The festival is being held at the National Theater in Nis and has a competitive character. The festival aims at promoting the Balkan cultural space, the country of Serbia and the city of Nis as a place of crossroads of European and world routes, strengthening the international cultural exchange, promoting theater art and creators, sharing ideas and theatrical practices, and is dedicated to the challenges and perspectives of contemporary theater.

The festival is held annually from March 11 to 19, under the patronage of the City of Nis, sponsors and donors of the festival. The opening ceremony of the Festival is on March 11th, on the Day of the National Theater in Nis, when a premiere performance of the Theater outside the competition is performed.

The Program Council of the Festival is formed to manage, maintain and popularize the Festival.

The Program Council of the Festival has 7 members and is made up of prominent theater makers from home and abroad, proposed by the Theater director.

The Program Council may, if necessary, form other bodies to achieve the program objectives of the Festival.

The term of office of the Program Council members is four years, with the possibility of re-election.

The Program Council selects the Festival selector, passes the Jury Rules of Procedure and selects its members.

The selector and the members of the professional jury are selected for each year separately, and the selector, if necessary, has his/her assistants.

The selector selects performances that will participate in the competition part and the accompanying programme of the Festival, which premiered in the calendar year preceding the Festival.

The Festival selector is obliged to be present throughout the Festival.

The Jury Rules of Procedure cover in detail all aspects and rules of jury work, in accordance with the basic principles of the Festival itself.

Professional, administrative, technical and organizational tasks for the organization of the Festival are performed by the National Theater in Nis.

The authorized person of the festival is the director of the National Theater in Nis.

The organizer of the Festival uses the funds received from sponsors and other sources for organizing the main program, accompanying programs, prize money, etc.

The festival is public. The organizer determines the order of the performers and prints the time of the performances in the program.

The participants of the competition are judged by an expert jury of the festival made up of 3 members from the field of theatrical art, and the Critics Roundtable Award is awarded by a three-member jury of the International Association of Theater Critics.

The members of the jury receive compensation for their work regulated by a contract.

The Organizer reserves the right to record, release or further distribute the entire course of the Festival.

At the end of the Festival a play is performed – a program honoring the awardees, before which awards are presented.

Thes Rules and Regulations enter into force on the day of their adoption.

Chairman of the Board of Directors 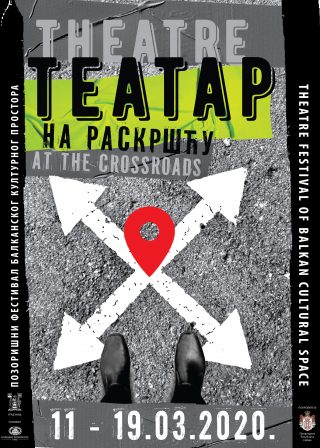