Based on Stevan Sremac’s story

Ivko’s Feast – synonymous with several days of drunkenness and haughtiness. And all of it wrapped in a cheerful Serbian character and innocence. And what if it is not so? When, as early as in 2005 I first wanted to stage Ivko’s Feast, I never realized that it would take me 14 years to do it. It turned out to be good. Namely, at the very beginning, I wanted it to be the drama, that would in no way mock a person’s trouble when someone is usurping one’s house and life. However, the stream of characters from comical to dramatic was a challenge. In fact, Sremac himself wrote the play as a light comedy, without it being based on the solid personalities of characters, and mostly based on the external expression and stereotypical understanding of bohemianism. Finding a place for dramatic realism in a play like this is something that at the beginning causes suspicion in many. The mentioned years of waiting led to the fact that the solution imposed itself. I took a healthy Sremac’s seed of “Ivko’s Feast”, and planted it in Kosmet. A long-saught-for drama has sprouted! Everything got a different connotation. Killing the cattle and the livestock; destroying the resources and the food. Even the maltreatment of women who come on the second day of the Feast, and Ivko losing his cool! There was nothing comical in a play anymore. We placed Ivko in Prizren. Serbian guests on the Feast “became” the remaining Serbs still living in Prizren today. We added the first Albanian neighbors, and we got one, quite a new play. However, there was a danger for a stage play to turn into a political piece, where we banalize things and point our fingers to one side only. The dramaturgical intervention was needed to avoid these traps. We scratched below the surface and entered deep into the very characters. We pulled out their hidden personalities and found that each of them had his/her own problems, fears, and secrets. It was then that we could conclude that we got a real drama, which, in this case, had its support in solving personal problems. The drama conflict finally appeared. We could defend the play! And this play talks about people, their relationships, mixed feelings, everyday fears, failed lives, in a word, about cruel destinies. Why is the play “Ivko’s Feast- Prizren 2019” necessary for Serbian cultural scene? Because it speaks of the truth, and the artists are obliged to push the truth out onto the surface! It has to find a way to the people who want to hear it. 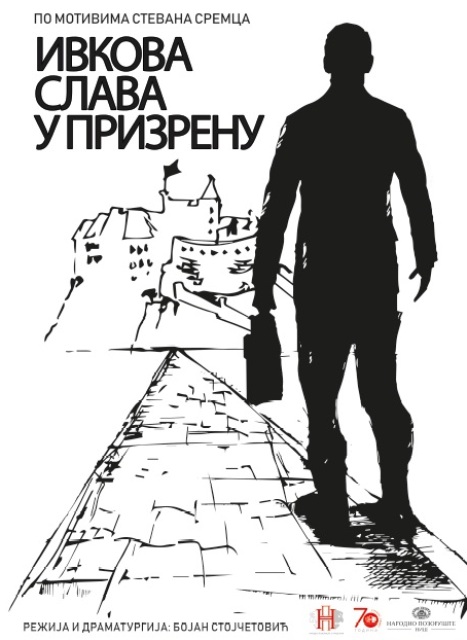