A WORD FROM THE DIRECTOR
It is a great joy to work on a play by an ingenious writer who, in an astonishingly simple way, plays with the biggest problems of the present, showing us an apocalyptic vision of a world where communication between people is impossible, education leads to degradation and puppetry, and material eats the spiritual.
“It seems to me that this ridiculous creation (man) that is neither a beast nor an angel has no place in the universe” – Ionesco.
All this existential darkness Ionesco envelops with layers of humor, transforming speechlessness into a comical firework of words, while mocking the banality and stereotypes of human communication.
In this piece, the Student comes to the Professor to prepare for a full PhD in the shortest possible time. The professor has a maid who cares about his nervous health. Through the story of education, going through different genres, from the comedy of the absurd, through the ritual (Arto’s) theater to the theater of cruelty and tragedy, we tried to tell the story of the repression, manipulation and twilight of civilization. We have followed the author’s thought of a retrograde version of the Bible in which man does not arise but disappear.
By erasing the fourth wall, emphasized by the closeness between the actors and the audience, we jointly create a special, cathartic experience, imbued with the spirit of one of the greatest writers of the theater of the absurd, Eugene Ionesco.
Aleksandra Kovacevic 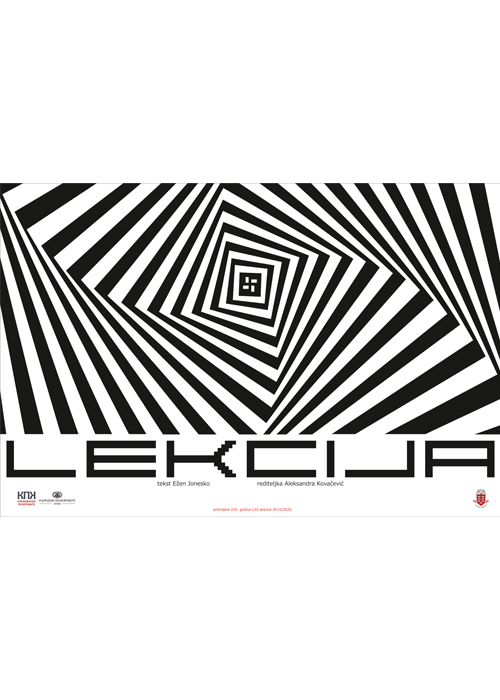