The Barber of Seville

Symphony Orchestra in Niš, Faculty of Arts in Niš and National Theatre in Niš

Some thirty years after Mozart’s famous comic opera The Marriage of Figaro, a young composer Gioachino Rossini signed a contract to write yet another opera portraying a clever barber Figaro as the protagonist, and with the libretto inspired by the theatre piece by French playwright Beaumarchais. Rossini removed his Barber of Seville from the political context, and, above all, went for the comic characters and situations – and he excelled at that. Here too, the unrivaled Figaro is up and ready for all. He is ingenious, cunning, the main guardian of the secrets, and mediator in matching two young people – Rosine and the Count Almaviva, despite the efforts of the old doctor Bartolo (Figaro’s boss, actually) to keep Rosine for himself.

The novelty of Figaro’s character compared to the traditional plot corresponds to Rossini’s attitude towards the traditional comic opera, as Figaro re-qualifies the old characters, so Rossini returns comic opera its historical success. The characters in the Barber are really true characters of a great comedy. Even today, this is one of the most favorite operas, winning sympathies at first glance with its unrestrained humor, life, and charm.

Giacomino Rossini (1792-1868) was the central figure of the Italian opera and one of the leading composers of the 19th century, equally significant in the domain of comic and serious opera. He studied at the conservatories in Lugano and Bologna. He formed his musical style under the influence of opera style by Domenico Cimarosa, Haydn and Mozart, but in time he managed to exceed his role models by becoming a role model for other composers – Bellini, Donizetti, and Verdi.

Rossini’s artistic ascent began with his first operas already. He wrote for all major Italian theaters of that time, and during the two decades of active creative work, he wrote around 40 operas. He was known for writing very quickly and easily, but also for using auto-quotes in many of his works.

His most famous operas are William Tell, Cinderella, Otello, Semiramide, and The Barber of Seville. 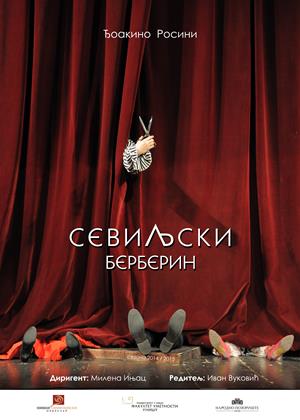