“Where Were We” doesn’t cease to excite the audience

The play written by Marjan Todorović and directed by Nenad Todorović, which premiered on March 27 and March 28, doesn’t stop provoking positive comments from the audience and bringing new people to the National Theater in Niš.

In April, the play had two performances on April 3 and April 14. Stefan Mladenović, the main protagonist in the play, as well as Aleksandar Marinković, Jasminka Hodžić, Miroljub Nedović, Maja Banković, Katarina Mitić Pavlović, Zorica Damjanović, Natalija Jović and Marko Radojevic, who interpret various characters from our everyday life, were both times on top of their task, and their bow was accompanied by thunderous applause.

As one of those present, Mrs. Ljiljana Miljković, says, this story, told in a humorous way, is the ultimate display of our life, social, cultural, family situation of the ordinary people who are on the  on the verge of existence, but also a consequence of all those events in recent decades that manifest through various deviant behaviors.

The story of a man who works as an enumerator and visits the homes of various people, who “bombard” him with outbursts of their frustrations, doesn’t leave anyone indifferent. As he struggles to solve his own problems, the enumerator is drawn into a whirlwind of problems of the characters he encounters: from a local tough guy from the street, through a stubborn priest, a struggling peasant, to young women of easy morals and lost souls who long for those close to them. 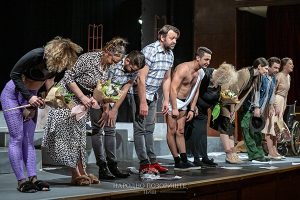 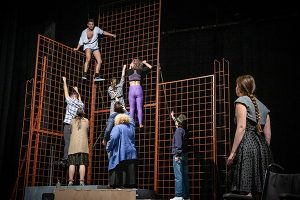 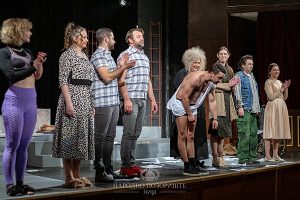