The Government and its Opposition

Home Theatre Plays The Government and its Opposition

The play The Government and Its Opposition focuses on the political reality of the 21st century, where marketing agencies, studying public opinion, create image-politicians, the voting body equalizes with the audience, and in reality, as if what the media didn’t focus on didn’t even happen.
That is why one of the biggest problems of the government in the play is how to purchase quality and fight worthy opposition, which will be supported by public opinion. On the other side are broad minded, thinking incorruptible intellectuals on the verge of existence, who did not sell themselves because no one tried to buy them. And what happens when the right price is offered is a bitter comedy The Government and Its Opposition scrutinizes.

The word of the director
Our play does not represent any political option. On the contrary, it arose out of contempt for our political reality, in which intellectuals became the poor and the non-morals become the government!
We also mock the passion, the cheapness and the transience of our beliefs!
But like any bitter comedy, we are driven by the love of every weak, indecisive and undefended man!

Director’s biography
EGON SAVIN, director and professor of directing at the Faculty of Dramatic Arts in Belgrade. He directed a large number of plays in country and abroad. He has received numerous awards and honors. The Government and its Opposition is his first directing at the National Theater in Niš.

Writer’s biography
Nebojsa Romcevic (Belgrade, 1962), playwright, screenwriter and theatrologist. Full professor at the Faculty of Dramatic Arts in Belgrade.
He is the author of numerous scientific papers and participant in scientific conferences in the country and abroad.
He is a triple winner of the Steria Prize – once for theatrology and twice for a dramatic text. He also won the Best Screenplay Award in Novi Sad, Montpellier and Lucerne.
His pieces have been translated into English, French, German, Russian, Spanish, Bulgarian, Polish, Slovak, Ukrainian, Catalan, Slovenian…
He has authored screenplays for several TV series and for the films Cordon, On the Beautiful Blue Danube, The Smell of Rain in the Balkans.
Highlights: Air Force, Winter Castle, Cemetery, The Easy Piece, Terra incognita (New York, East Side Story), The Damned Kowalski, Caroline Neuber, Guilt, Paradox, The Ship of Love, Gossip, P.R. 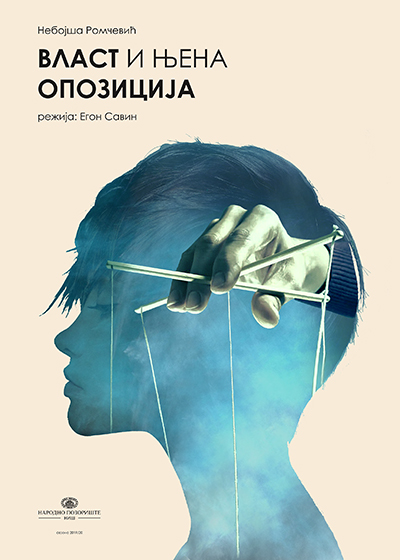