The plays by the best known Serbian comediographer are less represented in theatre compared to his comedies. Addressing our mentality, nature, and weaknesses, they nevertheless possess that typical Nusić’s universality and attractiveness at all times.

In his play the Publicity, which he wrote in 1906, Nušić addresses moral, social and family problems. The play portrays the attempt of a modest and patriarchal man to preserve the integrity and autonomy of his life and the life of his family from the publicity, and from all those philistine citizens and those who interfere in someone else’s life with false benevolence, hiding malice.

Dramatically exciting, but with inevitable humor, presented are the conflicts that shake and change the life of this urban family and the problems and dilemmas the protagonist faces. 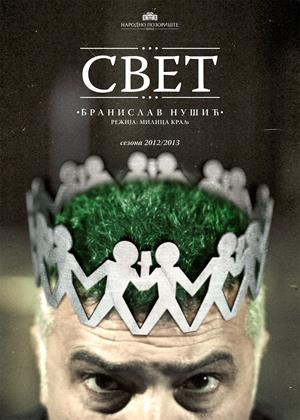