Drivers is a special play for it belongs to different traditions at the same time. On the one hand, it is based on the comedy genre full of agents, cops, and spies. These drama characters see the world as if they were in the shoes of Alexa Punji, Luka Laban and Sika Akola. On the other hand, Driers come from the Central European tradition of the Theater of the Absurd, painted in the works of Slawomir Mrožek, Vaclav Havel and Istvan Orkeny, but also of one specific and popular form of satire known as the “Budapest Joke”. The action of the drama was originally set in 1974, while the play changes that, now distant and forgotten past, with the dystopian world of the very near future.

Laszlo Vegel, a prose writer and playwright, an essayist and critic, was born in Srbobran in 1941. He studied Hungarian language and literature in Novi Sad, and philosophy at the Belgrade University. He writes in Hungarian, his mother tongue. His first novel Memoirs of a Pimp was translated into Serbian by Aleksandar Tišma, who described it as the first urban novel from Vojvodina. Since then, Vegel’s work has belonged to both Hungarian and Serbian literature. The theatre play inspired by his latest novel Neoplanta or the Promised Land was voted best play at the previous Sterijino Pozorje Festival. The plays directed by Ljubiša Ristić, Dušan Jovanović, Ljubiša Georgijevski, and Andraš Urban were based on his texts. He was awarded on both sides of the border for his literary work.

Milan Nešković was born in Valjevo in 1985. He is a son, a brother, and uncle. He graduated in Theater Directing from the Faculty of Dramatic Arts in the class of Professor Nikola Jevtić and Professor Alisa Stojanović. This is his thirteenth theater play, and the twelfth based on the works of Serbian authors.

Marko Milosavljević is a dramaturge from Belgrade. He is a co-author of the text of the play Natatorium performed at the National Theater in Subotica. He is a permanent collaborator of the Belgrade Children’s Radio and Youth Program. 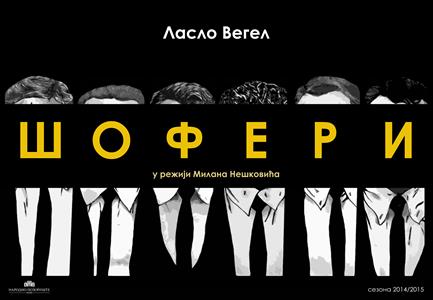