Premiere performances of the show “Face”, on February 12 and 14

Home News Premiere performances of the show “Face”, on February 12 and 14

Busy times at the Nis National Theater, as the creative process for the show “Face”, written by Aleksandar Galin, directed by Vasil Vasilev from Bulgaria is nearing the end. The third premiere in the 2020/21 season is planned for February 12 and 14, when it will have its two performances.

In addition to the director who also signs the selection of music, the author team consists of assistant director Jelena Djordjevic, production / costume designer Katarina Filipovic, editor Natasa Ilic, production manager Ivana Stojanovic, and Novica Antic is in charge of the translation.

“The play is dedicated to the survival of the human soul in modern Russia, the land of bums, mobsters, alcoholic intellectuals and successful businessmen, who easily change their social status, but are always subordinated to the almighty god – money. In that very current landscape, one man changes his identity – he gets a new name, documents, and even a face … A long-lost love brings him back to Russia and to what he once was. Fun-bitter-romantic social melodrama reminds of a favorite classic in this, so Russian genre …“, director, Vasil Vasilev.

The play will have its reruns on February 18th and 25th. The tickets for the premiere and rerun cost 600 dinars. 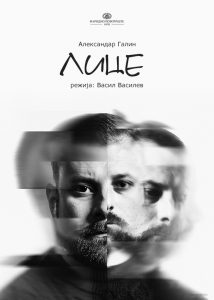