Dragana Micalovic about her beginnings, challenges, role at the National Theater in Nis and what makes her happy … 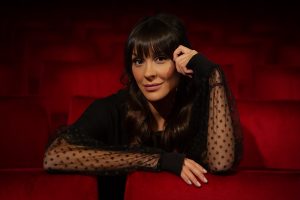 You come from an acting and above all respected family. To what extent do you carry a sense of responsibility towards the profession you are in and did that represent a certain type of burden for you in the beginning of your acting career?

I believe that other colleagues share with me the opinion that it is a great responsibility to inherit all our predecessors, the bards of the theater, and to get involved in this game. That’s how I looked at the fact that I come from a family that has been present for a long time. It helped me a lot, because even now it gives me the desire and need to work hard on my education, and therefore on my professional development. If I had considered it a “burden”, I believe that it would have hampered me a lot in my work and that I would probably have deviated from this path a long time ago.

A long time ago Goran Bregovic said that when a person loves what they do, it is almost the same as if someone allowed them to steal. Do you remember the moment when acting “stole” you away and did the love for acting come from your closest ones, or did your inner self decide to go that way?

It definitely came from my father. With him, I got to know the charms of the theater, the excitement of the stage, the scent of acting … with him, I realized that I wanted to enter that game and unconditionally surrender to the imagination …

The eternal dilemma of most actors, theater or film / television. Not for you, it seems, considering that you work equally successfully in all fields. Do you look forward more to roles on the stage or in front of the cameras?

My beginning of acting was tied to the camera. Over the next few years, most of my projects were on television. I love the camera … The process in the theater is something I’m just getting acquainted with. Right now working on my role in the play “Anna Karenina”, I’m going through that process and the system of work of a serious theater and I have to admit that I like it very much. If someone asks me, and they don’t (laughs), I would like to never be put in a situation in which I have to separate one from the other. 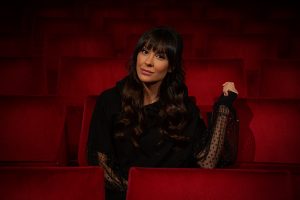 You have been living and working in Belgrade for a long time, but you are also proud of your southern blood, as you once stated. What memories tie you to the City of Nis and the National Theater?

Nis is a city where I had and still have much love. My grandfather lived here, my father lived here … I was always carefree, protected and surrounded by love. Cair where I grew up, then the Film Encounters, the Fortress and now, my friends …

On November 14 the audience of the National Theater in Nis will have the opportunity to see you for the first time in the role of Anna Karenina. What do you expect from the collaboration with the director, Irfan Mensur, as well as with the rest of the team?

I am overjoyed to be working with Irfan. First of all, I have great respect towards his career. The professionalism he governs is difficult to achieve, but it is worth seeing and striving to achieve. Irfan is an actor and from that side he understands the acting need, the freedom, the play and, to put it in slang, the “silly” thing inside us. I am happy that my first professional project in theater is with him. I absorb everything he says and does, a truly huge school. 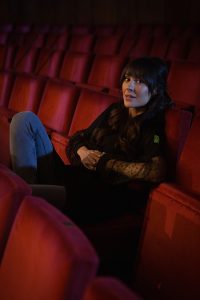 In the work “Anna Karenina”, Tolstoy gave an exceptional psychological analysis of human soul from the prism of the nineteenth century. What in your opinion is most important in the relations of today’s families, friendships?

Nothing has changed since then. Luckily on the one hand, and unfortunately on the other. Respect as such, which rarely exists today, as well as freedom of life. The right to choose, to make a decision, the right to an opinion, and even the right to make a mistake.

You seem to experience music most intimately of all the arts. Do you feel most secure there and how much does that world feed you before you step into the next one?

I have a habit of saying how my day starts and ends with music. Music is the soul, music are thoughts, movement, every noise … And if we know how to create and live art with it, then that is life today.