Ivo Brešan’s starting point for the comedy taking place in Šibenik in 1920, was the idea of ​​Shakespeare’s plays the Taming of the Shrew and Midsummer Night’s Dream.

The plot starts when Lujo a student decides to make a psychological experiment and check if it is possible to persuade a man to believe something that is not true, in other words, to make him believe that his life is but a dream. Tafra, the innkeeper engages in the realization of the plan, wanting to revenge to merchant Prebanda who did not want his young daughter Cvita to marry Tafra’s son Dunko.

In order to succeed in their intent, they involve their friends, but also a stranger drunkard Bagara, whom they present as a young count, in the game of identity change. Thus, an incredible story, full of comic plots and peripeteia started spinning around Prebanda and his family. Simultaneously, another plot is taking place – a story of Katica, Prebanda’s elder daughter, whom they are unable to find a husband for because of her bad temper.

Throughout the play, Brešan deals with a philosophical issue, the relation between a dream and reality, in turn opening the question of human nature and the essence of identity. 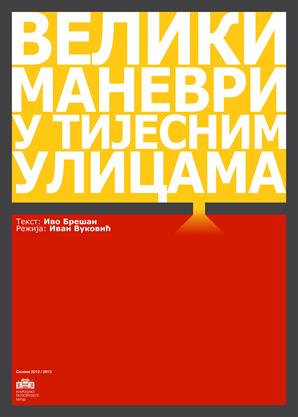