Alexander Galin is one of the leading Russian playwrights, screenwriters, theater and film directors. He is the author of more than thirty plays, among which are: “The Wall”, “Retro”, “The East Tribune”, “The Librarian”, “Stars in the Morning Sky”, “Mermaid and Victoria”, “The Competition” …

Alexander Galin’s plays have been staged in over two hundred theaters across Russia, but also in some of the world’s most famous theaters: the Moscow Art Theater, the Royal Shakespeare Theater, the Odeon Theater in Paris, the Schiller Theater in Berlin …

He is the winner of prestigious awards.

The US government awarded him the Order of “Ambassador of Art”, and his play “Stars in the Morning Sky” is included in the obligatory material in the theater educational program in America.

He lives with his wife on the relation Moscow-New York.

VASIL VASILEV is a well-known Bulgarian director and former Deputy Minister of Culture of Bulgaria. He was the director of the Drama Theater in Lovech for many years, presently appointed as the general manager of the Drama and Puppet Theater “Ivan Radoev” in Pleven.

He has directed plays all over Bulgaria: in Sofia, Sliven, Lovech, Vratsa, Silistra …

He won the prestigious award for directing “Bronze Knight” at the 13th MTF “Golden Knight” in Moscow in 2015 and at the IX International Festival EUROPEAN THEATER ACTION – NETA in Vratsa in 2019.

A WORD FROM THE DIRECTOR

The face is not just a part of our body, it is a metaphor that expresses the spiritual state of a person. The face, as a specific substance through which we can imagine a certain person.

When, in a way, you behave wrongly, you lose your face and vice versa, you can get it back when you do good deeds. That is why, in fact, it is a metaphor. The name of the play leads us to a plot in which a man has lost his face and his soul.

The play is dedicated to the survival of the human soul in modern Russia, the land of bums, mobsters, alcoholic intellectuals and successful businessmen, who easily change their social status, but are always subordinated to the almighty god – money.

In that very current landscape, one man changes his identity – he gets a new name, documents, and even a face … A long-lost love brings him back to Russia and to what he once was.

A fun-bitter-romantic social melodrama resembles the favorite classic in this, so Russian genre. 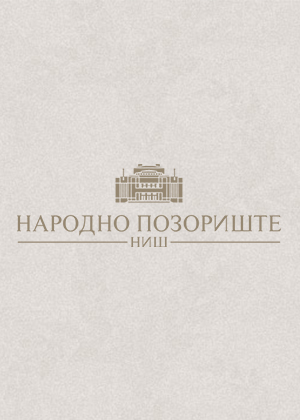