“Advertising has us chasing cars and clothes, working jobs we hate so we can buy shit we don’t need. We’re the middle children of history, man. No purpose or place. We have no Great War. No Great Depression. Our Great War’s a spiritual war… our Great Depression is our lives. We’ve all been raised on television to believe that one day we’d all be millionaires, and movie gods, and rock stars. But we won’t. It’s time for a rebellion!”

Between 2004 and 2007, Marko Đurić (1985) studied Serbian language and literature at the Faculty of Philosophy in Niš. He studied Faculty of Dramatic Arts in Belgrade between 2007 and 2012. He graduated in theatre directing in 2011, in the class of Egon Savin and Dušan Petrović with „Poor Little Hamsters“ written by Gordan Mihić at the National Theatre in Kikinda.

He assisted Aleksandar Popovski the director at the production „Candide or Optimism“ of the Yugoslav Drama Theatre and directed the radio drama “Taxi Driver” by Emil Destani, which was broadcasted on Radio Belgrade 2 as part of „Spider’s Web“ program. At the Cultural Centre “Vuk Karadžić“ in Belgrade, he directed „Stardust“ by Dušan Kovačević; at the Academic Theatre Niš – „Art“ by Yasmine Reza and „The (Women’s) Orchestra“ by Jean Anouilh. In April 2012, he adapted and directed „A Midsummer Night’s Dream“ by William Shakespeare with the members of the Association of the Deaf and Hard of Hearing Individuals in Niš, and participated with it at the Festival of Drama Miniatures and Pantomime in Pirot. In June 2013, he directed „Tomorrow (Will be Better)? “ by Evald Flisar at the National Theatre „Toša Jovanović“ in Zrenjanin.

“The Fight Club” is the first production he directed at the National Theatre in Niš. 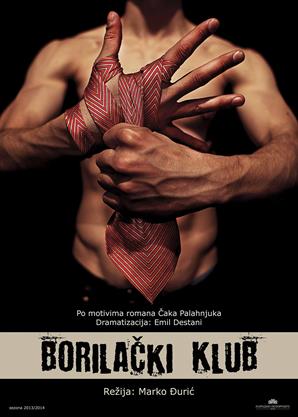