In the winter 1915, after the Central Powers invaded Serbia, the army and the people started retreating over the snow covered Albanian mountains to the shores of the Adriatic Sea, from where the allied forces organized transport to the islands of the Ionian Sea. On this journey, the Serbian people experienced one of the greatest exoduses in their history. About 245 000 people died of hunger, cold and exhaustion. Frequent attacks of the rebellious Albanian tribes on the refugee lines were yet another problem. This event in Serbian history is known as the Albanian Golgotha.

This is the historical frame for a dramatic story of Ljubica, the wife of a Serbian officer who with another 6 women decided to sacrifice herself and go to the Albanian village as a slave in order to fulfill the ultimatum of the tribal leaders and allow free passage for Serbian march column. The play follows three years of her life in the Albanian house, three years of anticipation and hope that her husband will come for her, but it also follows the essential awakening of a woman.

This is a love story intertwining the eternal issues of sacrifice, honor, choice and freedom when there is no real choice and when every choice is actually a non-freedom. 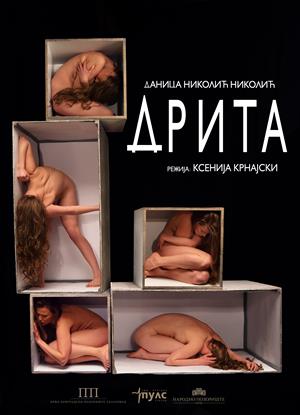