On Monday, October 19, the National Theater of Nis is participating at the festival “Days of Zoran Radmilovic” in Zajecar. The play “1789”, written and directed by Hadi Kuric, will be performed in front of the Zajecar audience. The play starts at 8 p.m.

During the eight days of the festival, 15 theater performances will be performed in the main festival program and at the Festival of Small Theater Forms, as well as a dozen other events: book promotions, painting exhibitions, round tables, film screenings. “Women of Troy”, last year’s co-production of Zajecar’s and Pristina’s National Theaters, Danube Fest and Antika Fest, will start the main festival program tonight. 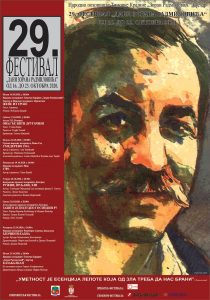