The National Theater of Nis supported the project of raising awareness among women with blood diseases.

Home News The National Theater of Nis supported the project of raising awareness among women with blood diseases.

On the occasion of the World Day of Patients with Hemophilia, the National Theater of Nis responded to the action of the Association of Hemophiliacs of Serbia on Saturday, April 17, and supported the project of raising awareness among women with blood diseases.

Actresses Dragana Jovanović, Maja Vukojević Cvetković, Jovana Golubović and Natalija Jović interpreted stories from the book Bloddy beautiful, brave women from the Netherlands who opened their souls and openly talked about their problems. Those stories were screened in cooperation with Copernicus Television and will be released on May 15 at a webinar implemented as part of the Twinning program, supported by WFH, UHS and the Canadian Hemophilia Association.

The goal of the Association is to empower and educate women themselves, as well as doctors and raise awareness in the general population on this topic. For years, there has been a mystification that only men can have coagulation disorders and that women are only carriers of the disease, but that they do not get sick. Modern medicine shows that this is not exactly the case and the whole system starts, from registration, diagnosis as well as recommendations for their treatment and therapy.

Through its participation, the National Theater of Nis wants to contribute to providing support to women in understanding that they have the right to treatment and therapy and to raising their quality of life to a higher level. 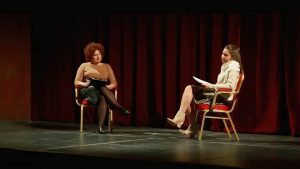 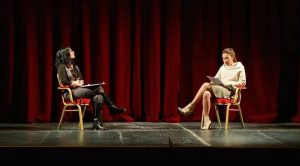 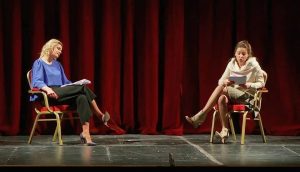