The 3rd theater festival “Theater at the Crossroads” performance selection

The National Theater in Niš is organizing The 3rd Festival of Drama and Theater of the Balkan Cultural Space, called Theater at the Crossroads. The Festival is of competitive character, and takes place in Niš, September 5-12, 2022.

The Festival selector, professor Vlatko Ilić, PhD has chosen six plays from Serbia and the surrounding coountries for the Festival main – competitive programme:

MY NAME IS GORAN STEFANOVSKI, directed by Branislav Mićunović, NI Drama Theater in Skopje, Skopje, Republic of North Macedonia (to be performed on September 10);

On the Festival closing evening in honour of the award winners, the audience will have the opportunity to see a play by Maarten van Hinte THE QUEEN OF DISCO, directed by Marjorie Boston and Marteen van Hinte, produced by Rightaboutnow Inc. and Heartefact.

On the same occasion, an award giving ceremony takes place to honour The Best Show, Direction, four Actors, Costume Design and Set Design-/Scenography, An Original Stage Music, Stage Movement, as well as to present The Festival’s Special Award. In addition, The Critics Round Table Award and the Journalist Jury Award are also presented.

In addition to six competition performances and a performance in honour of the award winners, a lavish accompanying program is being organized, with a timely announcement thereof: conversations about performances, forums, book promotions, artist presentations, exhibitions, etc.

The Theater at the Crossroads Festival aims at promoting the similarities and differences of cultural identity of states and peoples sharing the same cultural space. The goal is also the affirmation of the state of Serbia and the city of Niš, being on the European and world routes crossroads thereof. Its purpose is to  strengthen international cultural exchange and promote theatrical art of the Balkan cultural space, as well as the exchange of ideas and theater praxis. 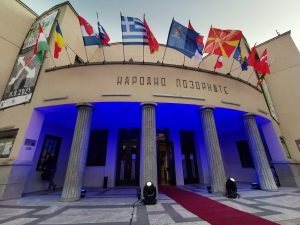 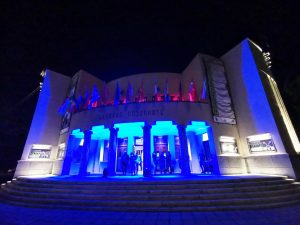 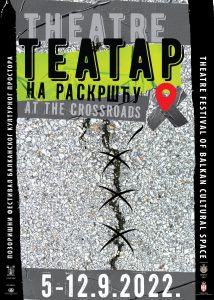