Collaboration will develop in the direction of guest performances, collaborative projects, and shared actor engagement. Both theaters strive for the same goals and development of culture in the region. Therefore, thay have plenty in common, as well as the fact that the buildings of both theaters were designed by the same architect, of russion heritage, Alexander Medvedev. 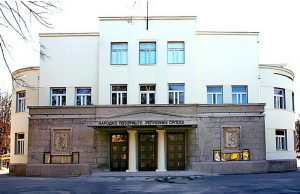