One Oedipus premiering at Small Venue of the NTN

Home News One Oedipus premiering at Small Venue of the NTN

A press conference was held today at the National Theater in Nis regarding the premiere of the play “One Oedipus”, written by the Portuguese writer Armando Nasimento Rosa, and directed by Jug Djordjevic. Director of the National Theater, Spasoje Z. Milovanovic, director and cast of the play addressed the journalists present.
The pre-premiere is scheduled for Friday, November 29th. while the opening night will be a day later, November 30th, starting at 8 pm on the small venue of the National Theater in Nis.
It is significant to mention that the the Portuguese Embassy in Belgrade supported the performance “One Oedipus”. 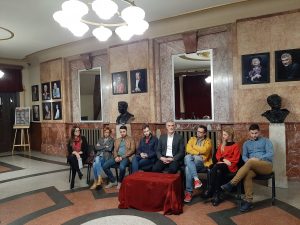 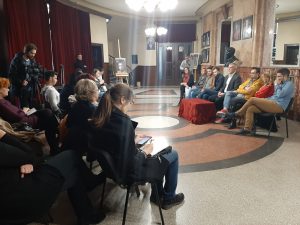 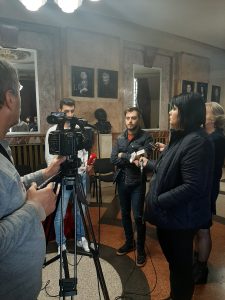 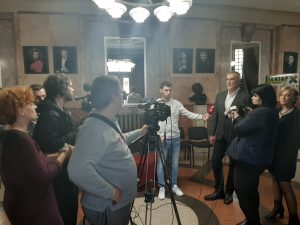