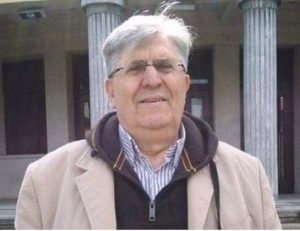 After ten years of working in the House of Culture “Josip Kolumbo” in Nis, from his appointment as the director, Miroljub Jovanović Mika Tambura was appointed Assistant general manager of NT on November 14, 1988. With his arrival, the work of the departments improved, especially the marketing department. We still recognize his innovations in animating the audience.

Organizational skills, social skills, sense of humor, encouragement for easier work, have left their mark in the work of our house.

Working on Belle Amie TV, Mika actively monitored and promoted the work of our house for many years. Numerous guest appearances of actors, directors, stage designers, and marketing employees in his authored shows speak in favor of that.

He was known as the cultural development of the city.

You will remain in our memory.