“Ice cream” as a gift to the citizens of Nis

We are pleased to inform you that the National Theater in Nis will officially open the 2020/2021 season with the play “Ice Cream”.

The play, written by Miro Gavran, directed by Spasoje Z. Milovanovic, also the shows’ production designer, will be performed on Wednesday, September 2, starting at 8:30pm, in front of the Nis Quay Amphitheater.

“Ice Cream” is a comedy about life and from the life that every viewer knows. Excitingly, wittily and convincingly, the play follows the fate of a mother and daughter – from the day of the daughter’s departure to kindergarten and the mother’s first day at work, all the way to the days in the nursing home. One after another, the scenes about love, women, men, family, children, etc. line up. “Ice cream” is a treat with a taste of theater, which you will have to try, whether you like it or not.

The performance “Ice Cream” is a gift from the National Theater to the citizens of Nis. 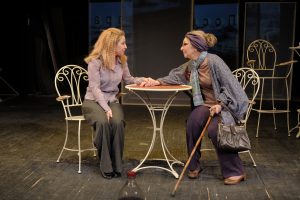 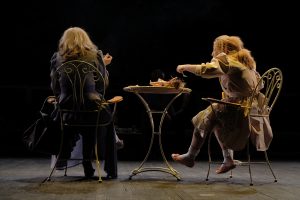