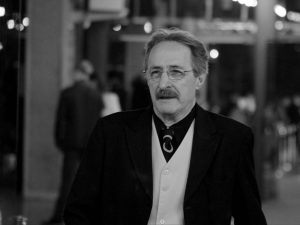 On March 10, 2020, at the age of 70, actor Desimir Stanojevic, a former member of the the Terazije Theater ensamble in Belgrade and the National Theater in Nis, passed away.

Since 1990 he is employed in the Terazije Theater, where he played over 30 roles (Greek Zorba – Zorba, Violinist on the roof – Tevje, Marathoners run the lap of honor – Laki Topalovic, Ivko’s slava – Kalca, Three Musketeers – Richelieu, Gypsies are found near heaven – Talimon and father Zobar, Jubilee – Champion)… He also played in other theaters in Belgrade (Belgrade Drama Theater, Slavija Theater, Puz Theater).

He recorded 5 full-length television shows for RTS and RTV (Let the song hurt, And my beautiful dreams collapsed, Evening in the theater, Musicals for all times, Kalca’s stories, children’s songs), as well as 4 albums for PGP RTS.

He directed over 10 plays (Violinist on the Roof, the first musical in the history of the Nis Theater on March 11, 2010, Musical Gypsies are found near heaven, December 16, 2017, Cafe with everyone, Sima returns home, Fishing on the asphalt)…

He has won several awards and recognitions in the field of theater, television and music.

The commemoration for Desimir Stanojevic will be held in the hall of the National Theater on March 13 at 12 noon.

Farewell from Desimir Stanojevic will be on Monday, March 16 at 3 pm at the New Cemetery in Belgrade.