Last night’s guest performance in Gracanica marked the premiere of the play “Blood of the Red Rooster”, written by Milos Latinovic, directed by Jovana Tomic. Organized by the National Theater in Pristina and the Grachanica House of Culture, the play was performed on the small stage of the Grachanica House of Culture. The main roles are interpreted by Marko Pavlovski, Katarina Mitic Pavlovic and Nebojsa Djordjevic.
According to author Milos Latinovic, “the story was written in such a way that, with a few interventions, it could go on stage immediately.”
“As I compiled this dramatic story, from pieces written with the ingenuity of my favorite writers, I constantly had a picture of life in a remote town, located in the small country where I was born and raised. The story is so recognizable and emotionally local, that I simply could not escape the impression that the city, instead of Rosal del Vire, could have any of our names, that the stories of constant choices, perfidious deceptions, lost hopes and the crash of my characters’ expectations were identical to those of that I have, as well as my friends, and the people I know“ he said.
The play premiered in Nis on December 23 last year and is the result of the cooperation of the National Theater in Nis and the National Theater in Pristina with a temporary base in Gracanica. 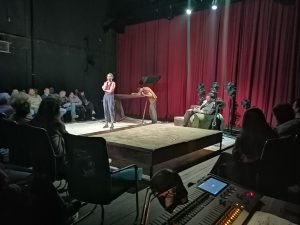 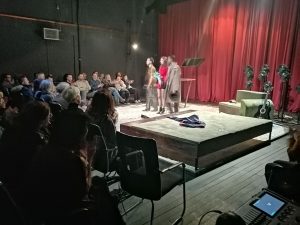 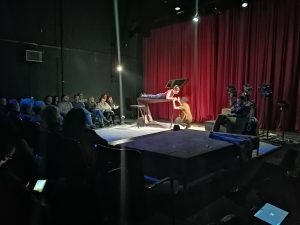 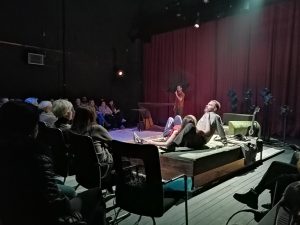