At today’s press conference, held in the ceremonial hall of the “Stevan Sremac” high school at 1 pm, the general manager of the National Theater in Nis Spasoje Z. Milovanovic, signed an agreement on business and technical cooperation with the first high school “Stevan Sremac” in Nis on the occasion of opening a new department for performing and audio-visual arts.

The conference was attended by the director of the high school “Stevan Sremac” Jelena Milosevic, the city chancellor for education Marija Randjelovic, the actor and member of the ensemble of the National Theater in Nis Aleksandar Mihailovic and the general manager of the theater Spasoje Z. Milovanovic.

Milovanovic points out that the natural cooperation between these two institutions that nurture a long tradition is now crowned by the formal signing of the contract and that he is extremely honored that the theater will participate in laying the foundations of the future department in the for coming year, when the theater will celebrate 135 years of its existence. 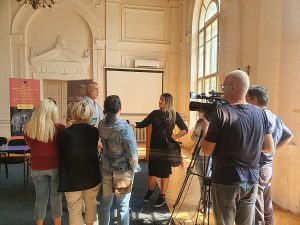 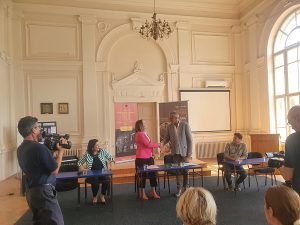 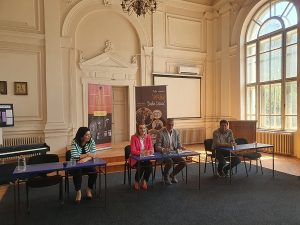 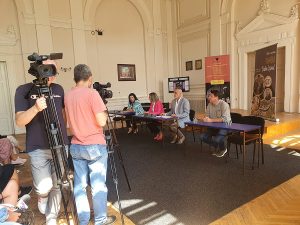 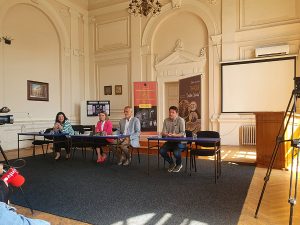